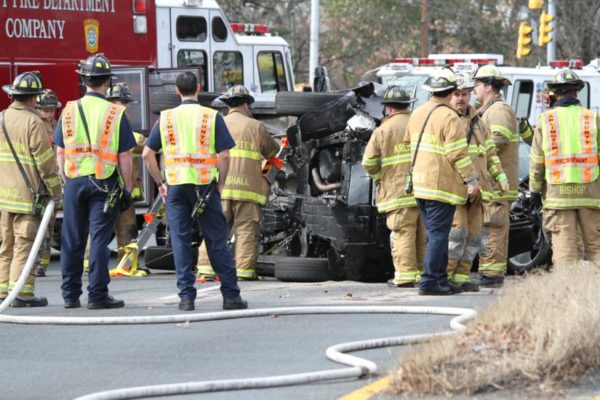 (Updated at 10:55 a.m.) Police and firefighters are on the scene of a two vehicle rollover accident on Route 50 near Park Drive.

The initial police investigation indicates that the driver of an SUV suffered a medical emergency and collided head-on with a Saab while going the wrong way on Route 50, according to Arlington County police spokesman Dustin Sternbeck. The SUV flipped on its side as a result of the accident, and the female driver had to be extricated by firefighters. She was taken via ambulance to a local hospital.

The driver of the Saab appears to have suffered only bumps and bruises.