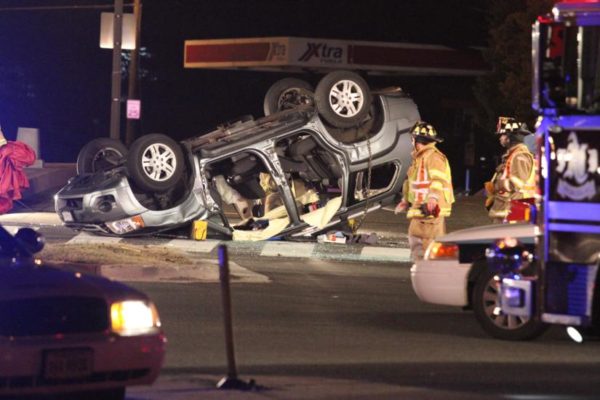 Firefighters extricated a woman who became trapped in her SUV last night after it flipped on its roof at the intersection of S. Glebe Road and W. Glebe Road, near I-395.

The accident happened just after midnight. Initial reports suggest the SUV clipped or was clipped by a red convertible. Only minimal damage was visible on the convertible.

Firefighters from both Arlington and Alexandria responded to the accident. Arlington police blocked the southbound lanes of Glebe Road during the emergency response.

The extent of the SUV driver’s injuries are unknown. Witnesses say she was bloodied but conscious and moving around. The woman was transported via ambulance to a local hospital.