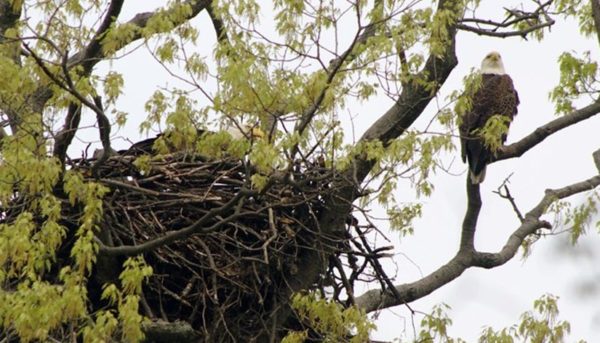 Eaglets Hatched? — Flickr pool photographer Philliefan99 says the eagles in the photo above are exhibiting behavior that suggests they have eaglets in their nest. The nest is located near Spout Run. [Flickr]

No Streetcar Stalemate, Arlington Says — There is no discord between Arlington and Alexandria when it comes to plans to build a streetcar line along the future Route 1 transit corridor, according to a joint statement issued by Arlington County Manager Barbara Donnellan and Alexandria City Manager Rashad Young. The statement was in response to an article that suggested diverging transit plans were causing tensions between the two jurisdictions. [City of Alexandria]

New Data on Remodeling Expenses in Arlington — Households in Arlington spend an average of $5,801 per year on remodeling expenses, well above the national average of $1,907 per year, according to new data from the National Association of Home Builders. Falls Church households, meanwhile, spend the most on remodeling of any southern jurisdiction: $6,099 per year. [Sun Gazette]