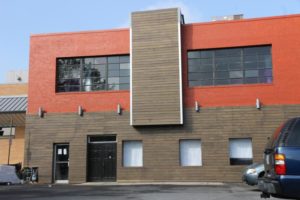 The Costa Verde restaurant near Clarendon is no more, and another tenant has quietly taken over the space. A restaurant called DARNA (946 N. Jackson Street) has apparently moved in, and it’s seeking a live entertainment permit from the county.

This location has had live entertainment permits dating back to 1994. According to the county staff report, when Costa Verde’s permit came up for review in February, it was discovered that the restaurant no longer existed. At that time, staff members learned that DARNA was looking at continuing the permit. The county zoning office confirmed that the new restaurant is not currently providing live entertainment.

DARNA requested to have entertainment and dancing from 8:00 p.m. to 2:00 a.m., Wednesday through Sunday. But reviewers raised concerns about the hours, and the owner has agreed to modify the times to 8:00 p.m. to 1:30 a.m. Thursday through Saturday, and 8:00 p.m. to midnight on Wednesdays and Sundays.

The owner also has to agree not to play music outside, and to keep windows and doors shut to soundproof the structure. Security must be provided on nights when there is music and dancing.

Because police and neighbors haven’t expressed concern, county staff doesn’t anticipate trouble with the request. Reviewers recommend the County Board approves the permit request at its meeting on Saturday.

We have been unable to get in contact with the owner to get more details about the restaurant.