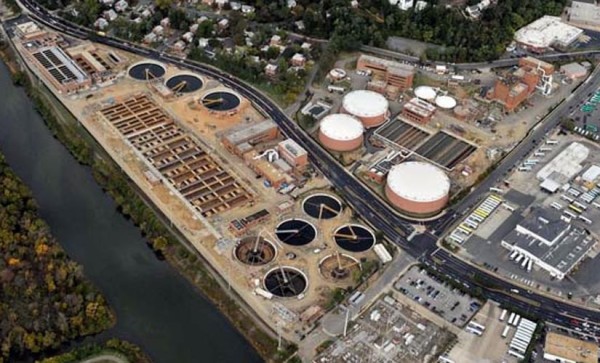 Managers at the county’s Water Pollution Control Plant are apologizing for a stinky situation on Sunday.

Excessive odors were released from the sewage plant on S. Glebe Road due to an overripe load of “biosolids.” A letter to residents from the Water Pollution Control Bureau explains what went wrong:

On May 6, 2012, odors were released by the Water Pollution Control Plant. We apologize for this inconvenience and have investigated the issue. Due to coordination issues with truck ordering, timely truck delivery, and work in the dewatering building loading bays, a load of biosolids remained in a bin for several days. This overloaded the odor control system and resulted in odors being released.

Plant management has updated the procedures concerning truck ordering and coordination, loading times and procedures, and equipment monitoring to minimize the probability of a recurrence.

Significant progress has been made in the past two years with respect to addressing odor control at the plant. Staff continue to work to prevent/minimize odor releases and plant impact on local quality of life while maintaining viable plant operations.