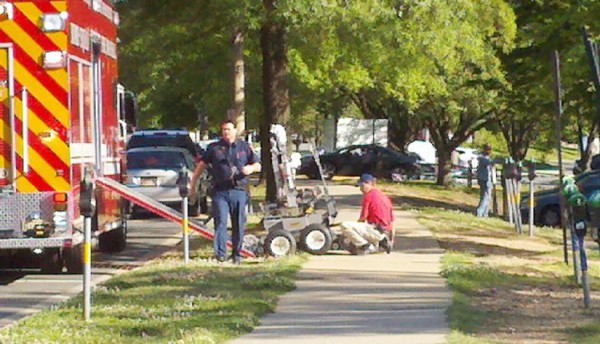 Update at 7:05 p.m. — The suspicious package was “disrupted” by the bomb squad and found to be non-hazardous, according to police.  The scene is in the process of being cleared.

Earlier: Police and the Arlington County bomb squad are on the scene of a suspicious package in Aurora Highlands Park near Pentagon City.

A metallic object with red and black wires coming out of it was found in the park around 4:30 p.m., according to Arlington County police spokesman Dustin Sternbeck. A portion of the park and its parking lot has been cordoned off with police tape as the bomb squad uses a remote controlled robot to investigate the package.

One lane of S. Hayes Street is blocked by emergency vehicles between 15th Street and Fire Station No. 5. 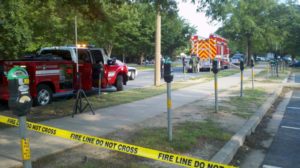 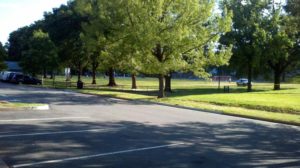