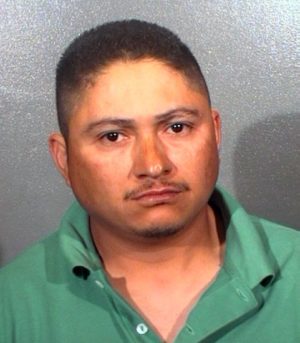 A woman says woke up after a day of drinking to find a neighbor having sex with her as her boyfriend slept on a couch nearby.

The alleged incident happened early Sunday morning on the 300 block of N. Oxford Street in Ashton Heights. Police say the female victim and her boyfriend had been drinking earlier in the day at a cookout attended by some residents of their apartment complex. The pair later returned to their apartment and fell asleep on the couch.

According to police, the woman reported that she woke up in the middle of the night to find herself lying on the floor with someone having sexual intercourse with her. In the dark, the woman initially thought the individual was her boyfriend, but then discovered that it was the resident of a neighboring apartment who was on top of her, according to Arlington County Police spokesman Dustin Sternbeck.

The woman and the neighbor were acquainted and had met at the cookout earlier in the day, Sternbeck said. The woman’s boyfriend was reportedly sleeping on the couch next to her and only woke up after the alleged incident.

Arlington resident Federico Alfonso Umana Barrera, 35, was arrested and charged with sexual assault and forgery of a public document.