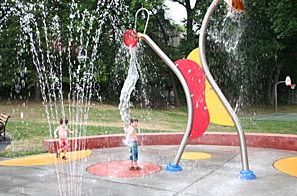 Just in time for the arrival of hot weather, the county’s spraygrounds have opened.

A fourth sprayground was originally supposed to have opened already at Virginia Highlands Park, but now isn’t expected to be ready until next year.