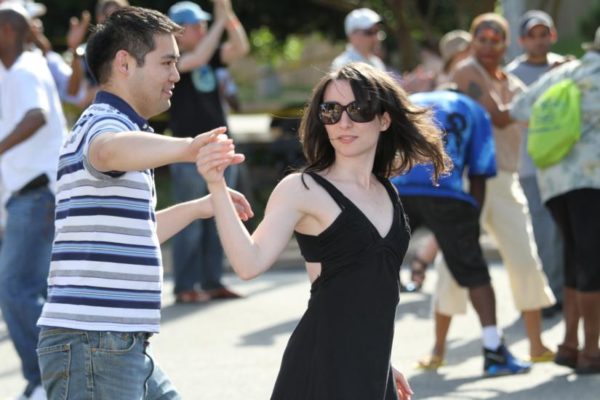 Organizers say attendance was up significantly at this year’s Columbia Pike Blue Festival.

The annual street festival was held on Saturday, along S. Walter Reed Drive. Some 7,000 people attended this year, according to Columbia Pike Revitalization Organization Executive Director Takis Karantonis. That’s up from about 5,000 people last year.

The festival’s food, drink and craft vendors were happy with the increased attendance, said Karantonis. The beer and wine vendors were especially pleased — they sold about 20 percent more than last year, according to Karantonis.

“All vendors sold significantly more,” he said. “They were all very satisfied with the Blues Fest.”

Karantonis said the Blues Festival is increasingly drawing more of a regional crowd, including attendees from all around Arlington — not just the Columbia Pike area. That should allow improvements to the festival next year, including healthier food options and a new “food court” made up exclusively of booths from local Columbia Pike restaurants.

Disclosure: CPRO is an ARLnow.com advertiser.