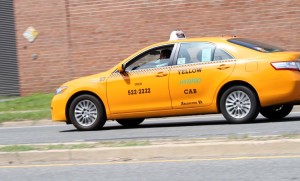 For the first time in four years, the county is recommending an increase in the number of taxis on Arlington roads.

County staff members have been in an information gathering mode for evaluating how many taxi certificates to issue, a process that takes place every other year. Each taxi driver must have a certificate to legally operate in the county. Currently, there are 765 cabs in Arlington.

The county’s taxi regulation is designed to keep the cab industry competitive, as well as to ensure the satisfaction of residents using the transportation services.

“We regulate Arlington cabs so we know they’re safe and secure,” said the county’s Taxicab Industry Regulator, Angie de la Barrera. “Our ultimate goal is to protect the safety of the traveling public.”

Part of the evaluation involved an online resident survey, which was available from March through June. Information from the more than 1,000 responses was analyzed and included in the 2012 Taxicab Certificate Determination Report.

The county was pleased with the number of responses, according to de la Barrera, and also pleased that most customers expressed overall favorable views toward Arlington’s cabs. Thirty-six percent of respondents said cab service in the county is the same as in neighboring jurisdictions, and 56 percent said it’s better.

During the last review, in 2010, the county denied the requests for an additional 75 vehicles. GoGreen Cab, Inc., and EnviroCab, LLC, had both requested certificates, but the county felt the taxi industry was beyond saturation at that time due to a faltering economy. The report cited minimal population growth, lower tourism numbers and a decrease in passengers using cabs at the airport as reasons to deny the certificates. 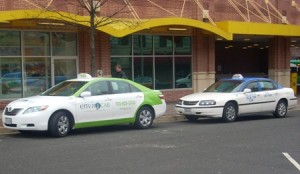 According to de la Barrera, the last time additional taxi certificates were issued was in 2008, when 99 were added. That’s when EnviroCab first launched in Arlington, and received 50 of the new certificates. The remaining 49 were divided among the county’s other cab companies.

During the research process, county staff encountered numerous complaints about an inadequate number of taxis with handicap accessibility. Customers and businesses in need of one of the 27 wheelchair accessible cabs report regularly waiting from two to four hours if a reservation hadn’t been made in advance. Therefore, county staff members recommend granting certificates to five more accessible cabs, in addition to the suggested 40 to 55 other certificates.

The new report primarily focuses on determining whether or not the county needs more cabs, and why. A second report dealing with less pressing issues, such as customer preferences on hybrid cabs and paying with credit cards, is expected by the end of the summer.

Applications for additional taxi certificates will be accepted from now until September 1, and can be found on the Taxicab Regulation website. The County Board will view presentations from applicants, and is scheduled to vote on certificate approval on November 17. The board does not necessarily have to go along with the recommendations of county staff. For instance, board members could decide to grant fewer certificates than recommended, or none at all.

If approved, drivers should receive new taxi certificates by the new year.