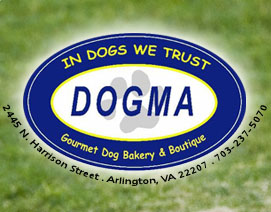 Despite financial difficulties and rumors of it possibly closing in the Lee Harrison Shopping Center, Dogma Bakery (2445 N. Harrison Street) is plugging along. Owner Sheila Raebel wants customers to know she’s not giving up on the store yet.

While hesitant to admit the store may have to close after 12 years at that location, Raebel said it wouldn’t make financial sense to extend the lease, only to continue losing money. Dogma’s lease at that location expires in November of 2013, so Raebel said there’s still time to turn things around.

“It is true that we are not doing as well as I would like. Are we making money? No,” Raebel said. “As far as closing, I’m not going to close down a store just to close it down. I’m a little stubborn, I guess.”

Raebel wanted to be up front with her employees and with customers, so she recently sent a letter discussing the store’s financial trouble. She said many people came to the store after not having stopped by for a while, and said they took it for granted Dogma would always be there.

“I was honest with what we need, which is more people coming in the store,” Raebel said. “It was great that we had so much response and it helped us a great deal. It was really good that people responded the way they did.”

Although it may seem like the business would have taken a major hit when a competitor — Unleashed by Petco — moved in across the street, Raebel says the problem is largely the economic downturn. She said although there is some overlap between the two stores, they tend to serve different customers. She said Dogma staff continues to work to differentiate the store from others.

“When Unleashed came in, quite frankly, it was very scary for us. But they have their place in the community. I could not say that it is any reason for us not doing as well as I would like us to be doing,” said Raebel. “In a way it’s very much of a compliment that a business like that comes in. They recognized over the years that boutique businesses like ours is what the neighborhoods are really looking for. It’s a compliment that they changed their business model to have this new division.”

Raebel said many loyal customers were angered when the competitor moved in so close to Dogma. However, she continues to put the majority of the blame on the down economy.

“We’re not just a dog bakery, we’re a boutique that has gift items, toys and cat items. Some of those segments were hit hard, and that hit us in all those segments within the store. That’s the nature of retail,” said Raebel.  “Goods cost more, shipping costs a lot more, taxes are going up. All of those things come together and sales are going down.”

For now, Raebel is working with the landlord, whom she said is being very helpful in trying to hash out a deal. If she’s not able to find a way to keep the store at the current location, Raebel hopes to find a nearby site. That, however, would be a last ditch effort.

“There’s a lot of things in flux right now,” said Raebel. “We’re all going to try to work together and see what we can do so everyone comes out whole.”

In the meantime, Dogma will continue to operate until a decision needs to be made next year. Raebel said the staff is constantly trying to improve and give customers what they want.

“Our staff work really hard and try to be knowledgeable. I feel confident they are, and we will continue to learn,” Raebel said. “And eventually, we will be back where we need to be.”