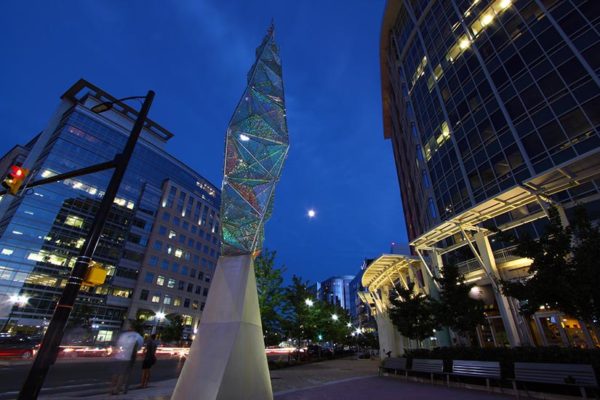 Arlington Newlyweds Climb Mountain in Tux and Gown — Bob Ewing and Antonie Hodge Ewing, a newlywed couple from Arlington who happen to be avid rock climbers, have attracted national media attention by climbing a summit in Seneca Rocks, W. Va. while wearing a tux and a wedding dress. A small wedding party, including the bride’s mother, also completed the climb with them. [ABC News]

Boathouse Comment Period Extended — Updated at 12:30 p.m. — The National Park Service is now accepting public comments about preliminary alternatives for a Potomac River boathouse in Arlington County through Sept. 30. Of the four possible locations identified for the boathouse, two are just south of the Key Bridge, one is near Gravelly Point, and one is on Daingerfield Island. “The boathouse facility and its amenities would enhance public waterfront access in the vicinity of Arlington County for non-motorized recreational activities,” NPS says. [National Park Service]