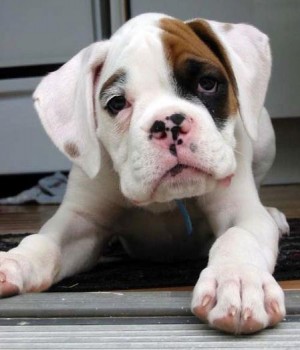 The Animal Welfare League of Arlington’s Animal Control Department is seeking information about an injured puppy.

The AWLA says the 4-6 week old Boxer puppy was found yesterday, Sept. 27, on the 400 block of N. Oakland Street, in the Ashton Heights neighborhood. The puppy was “very sick and severely injured,” the organization said.

Anyone with information about the puppy is asked to call Animal Control at 703-931-9241.