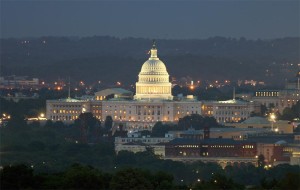 Foreign intelligence agencies often recruit spies and double agents within the American government by targeting federal employees in financial distress. Rep. Jim Moran (D-Va.) says the passage of a bill in the House of Representatives today will prevent those intelligence agencies from finding financially-troubled feds with only a few clicks of the mouse.

Moran applauded the passage of bill S. 3625, which will delay certain provisions of the Stop Trading on Congressional Knowledge (STOCK) Act from taking effect. The provisions would have required automatic online posting of the financial disclosure forms of 28,000 senior federal employees (GS-15 and SES level). The forms could reveal information about employees’ stock portfolio, real estate investments, and retirement funds.

In an Op-Ed in the Federal Times, Moran wrote:

Under the proposed online system our enemies around the world might be able to search thousands of records with a single keystroke — anonymously exploiting an easily accessible database to search for subtle differences in financial disclosures.

If analyzed closely, these differences might betray the identity of members of the intelligence community, while simultaneously providing information to our enemies as to which employees might be struggling financially — a known criteria used by foreign intelligence services to target individuals for espionage.

The bill, which will now head to the president’s desk following today’s voice vote in the House, will delay the online reporting provisions for senior federal employees from taking effect until Dec. 8. It also requires a study of “issues raised by website publication of financial disclosure forms” by the National Academy of Public Administration.

Earlier this month, a federal judge blocked enforcement of the STOCK Act until Oct. 31, after the American Civil Liberties Union argued that posting employees’ financial information is a violation of their privacy.

The full press release from Rep. Moran’s office, after the jump.

Washington, DC — Congressman Jim Moran, Northern Virginia Democrat, today applauded House passage of S. 3625 to delay provisions of the STOCK Act that require automatic online publication of the financial disclosures of over 28,000 senior federal employees. The bill, crafted with the help of Rep. Moran, passed by unanimous consent during a pro forma session and now heads to the President’s desk.

“Through today’s action, over 28,000 of our senior federal workers’ personal financial information will be protected,” said Rep. Moran. “I am confident that the National Academy study will show that this policy is unnecessary and potentially very harmful. Congress now has the time necessary to move forward with a permanent fix to safeguard our federal employees’ personal information.”

The legislation would delay until December 8th Sections 8 and 11 of the STOCK Act which require the automatic online posting of senior federal employees’ (GS-15 and SES workers) financial disclosure forms. The bill also requires a six month study by the National Academy of Public Administration (NAPA) on the harmful impacts of the reporting requirements. The delayed reporting requirement does not extend to the President, Vice President, Cabinet officials, Members of Congress or candidates for office.

Currently, senior civil servants already file annual financial disclosure forms, which are available to the public upon written request. The information is disclosed only to individuals who register and identify themselves, and the data is only available in small increments in a deliberate process that allows for public review.

The Stop Trading on Congressional Knowledge (STOCK) Act, signed into law in April, was designed to increase the financial transparency of Congress, requiring Members of Congress to report certain transactions, limiting participation in Initial Public Offerings and eliminating pensions for lawmakers who commit one of several crimes while in office.

Congressman Jim Moran was a cosponsor of the STOCK Act and is a leading advocate for federal employees. Virginia’s 8th District is home to more than 65,000 federal workers and where more than 110,000 show up to work each day.