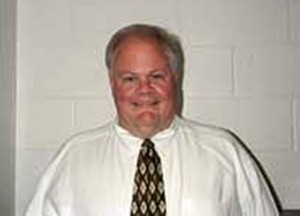 Leverett was struck by a car while walking his dog near his Northwest D.C. apartment Monday morning. He was later pronounced dead at a local hospital. The accident happened after the driver of the striking vehicle suffered a medical emergency and ran off the road, according to WJLA.

A visitation for Leverett will take place from 3:00 to 7:00 p.m. tomorrow (Saturday). A memorial service is scheduled on Monday, Oct. 8 at 11:00 a.m. Both events will take place at the Joseph Gawler’s Sons Funeral Home in the District (5130 Wisconsin Ave NW), according to the Marymount website.

A separate memorial service is taking place on the Marymount campus. That service is planned from 11:30 a.m. to 1:00 p.m. on Wednesday, Oct. 17. It is to take place under a tent on the school’s Ireton Lawn. In the event of inclement weather, it will be held in the Lee Center.

Marymount also announced that it is setting up a scholarship fund in Leverett’s memory.

The university described Leverett as “a passionate historian, a southern gentleman, a humorous storyteller and, above all, an outstanding teacher and advisor.”

Professor Leverett was a member of Marymount’s faculty since 1991. He held degrees from the University of Alabama and the University of Illinois, and his teaching focused on European history. During his tenure at Marymount, Professor Leverett developed a number of courses, including The History of Modern France, Comparative Revolutions, and Women in European History since 1700. Additionally, he worked with other faculty to develop two team-taught, interdisciplinary graduate courses: Shakespeare: Text and Performance and Gender, Race, and Empire in 19th-Century British Literature. A popular and engaging teacher, Professor Leverett brought history to life by focusing on people and their stories.

Marymount President Dr. Matthew D. Shank reflects, “Everyone who knew Rhett Leverett would agree that this was a man with a great heart. He will be remembered for many things, including his kindness, his sense of humor, and his unfailing dedication to Marymount University and our students.”