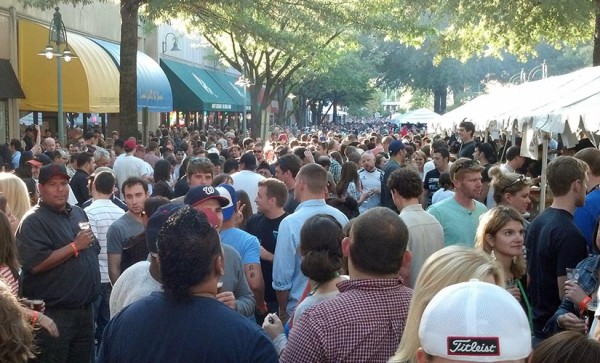 Greens Vote ‘No’ on Park Bond — The Arlington Green Party has joined the Arlington County Republican Committee in opposing the $50.5 million park bond that’s on the Nov. 6 ballot. The bond would largely help fund a new Long Bridge Park aquatics center. The Greens said the aquatics center is “wasteful” and a “vanity project.” The Greens stayed neutral on the $42.6 million school bond, with some members criticizing the plan to build two new elementary schools because it is “too costly and eliminates green space and recreation fields.” [Arlington Mercury]

APS Enrollment on the Rise — Enrollment at Arlington Public Schools is up 3.7 percent versus one year ago. The growth — mostly at the elementary school level and mostly in North Arlington — is in line with school administrators’ projections. There are now 22,657 pre-K to 12th grade students enrolled at Arlington’s public schools. [Sun Gazette]

Artisphere Still Facing Challenges — Artisphere, which launched on 10/10/10, is turning two years old tomorrow. The money-losing cultural center is still facing challenges, however. Private rentals at the facility, touted as Artisphere’s financial savior, are below expectations, according to the Washington City Paper. And music bookings through the end of the year appear to be light. [Washington City Paper]