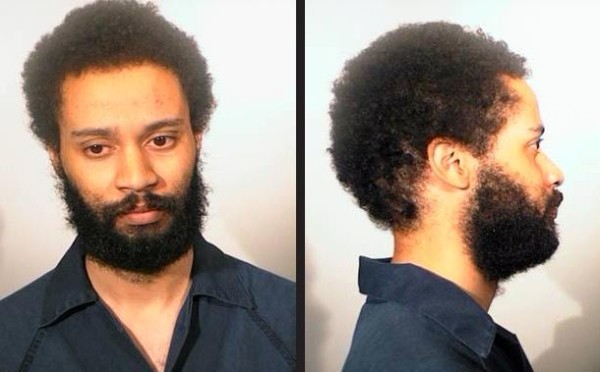 Leon A. Traille, Jr., 29, of no fixed address, has been charged with reckless endangerment, attempted malicious bodily injury by use of fire, and use of a fire bomb.

Traille is due in Arlington County Court this morning for a preliminary hearing. Traille is still being interviewed by federal investigators, but Arlington County Police spokesman Dustin Sternbeck said he has so far not been very cooperative. Federal charges, which may supersede the local charges, have also been filed (see below).

Sternbeck said the crime Traille is accused of — tossing a glass bottle, with a lit wick and containing a flammable liquid, into the mall food court — was likely not an act of terrorism.

The LinkedIn account for an individual with the same name and age as Traille says he’s a computer programmer who has been out of work since Aug. 2011. According to public records, Traille has previously lived in Georgia and Oregon. A public records search turned up no prior criminal history.

Update at 12:35 p.m. — Traille is being now facing a federal arson charge, which carries a minimum sentence of five years in prison if he’s convicted. The U.S. Attorney’s office has released the criminal complaint against Traille and issued the following press release.

Leon Alphans Traille Jr., 29, has been charged with committing arson for allegedly throwing a Molotov cocktail into the food court area of the Ballston Common Mall in Arlington, Va.

Traille was taken into custody on Oct. 18, 2012, and was charged through a federal criminal complaint this morning with arson, which carries a mandatory minimum of five years and a maximum penalty of 20 years in prison, if convicted. He will make an initial appearance at 2 p.m. before United States Magistrate Judge Theresa C. Buchanan in Alexandria federal court.

According to an affidavit filed with the criminal complaint, a man possessing a distinctive gray and red backpack threw a lit improvised explosive device, sometimes called a Molotov cocktail, into the food court area of Ballston Common Mall in Arlington. The device – a brown glass bottle fixed with matches – did not explode, but it produced a flame that was extinguished. After throwing the device, the man proceeded to the second floor skyway area of the shopping mall and dropped a bag containing three additional Molotov cocktails before exiting the mall.

The complaint alleges that witnesses who saw the man throwing the device provided law enforcement with a description matching that of Traille, and a video surveillance system allegedly caught a picture of Traille as he exited the shopping mall. He was apprehended yesterday afternoon in a public area nearby the mall in possession of the gray and red bag.

This case was investigated by the ATF’s Washington Field Division, FBI’s Washington Field Office, and the Arlington Police Department. The prosecution is being handled by Assistant U.S. Attorney Dennis Fitzpatrick of the U.S. Attorney’s Office for the Eastern District of Virginia’s National Security and International Crime Unit.

Criminal complaints are only charges and not evidence of guilt. A defendant is presumed to be innocent until and unless proven guilty.