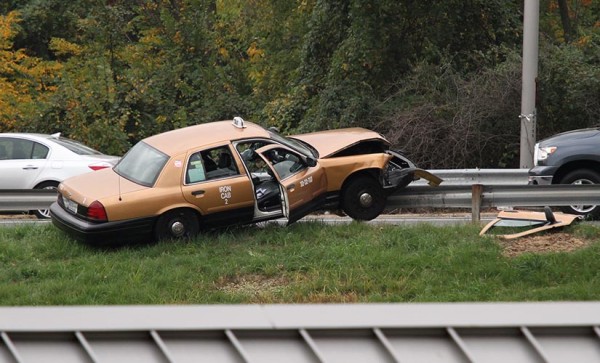 A D.C. taxicab somehow went up a steep embankment, ran into and partially went over a guardrail on Washington Boulevard this afternoon.

It’s unclear how the accident happened, although initial reports suggest another vehicle might have been involved in the accident; that vehicle suffered only minor damage.

The driver of the Ford Crown Victoria cab was extricated by firefighters and taken to a local hospital, according to scanner traffic. Traffic on Washington Boulevard was backed up as crews worked to remove the cab from the guardrail. 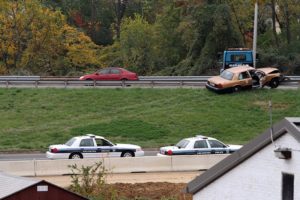 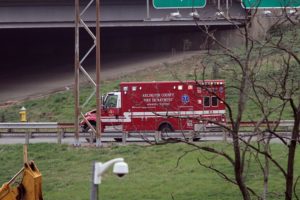