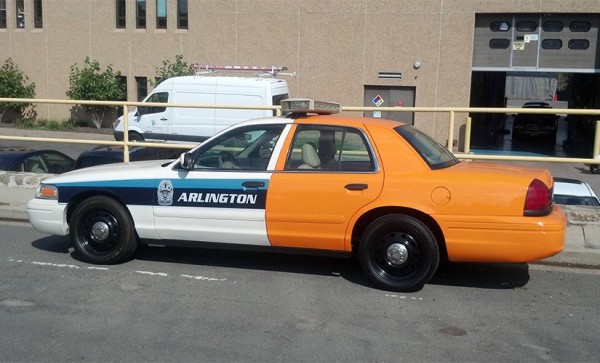 Update on 10/29/12 — The press event has been postponed until after Election Day (Nov. 6) due to Hurricane Sandy.

Arlington County Police, the Washington Regional Alcohol Program (WRAP) and Red Top Cab are preparing to reveal a secret weapon in the fight against drunk driving.

The weapon: a Ford Crown Victoria that’s half ACPD police car and half taxi. The vehicle — pictured here on the county property yard several weeks ago, in an unfinished state — will be parked strategically throughout the county and used to remind party-goers of two options for getting back home after a night of drinking: in the back of a taxi or, if they try to drive drunk, in the back of a police car.

The vehicle, which is still being retrofitted and decorated, will be officially unveiled just . The unveiling will coincide with WRAP’s SoberRide program, which will offer anyone 21 and over in the greater D.C. area a free taxi ride home from 10:00 p.m. on Wednesday, Oct. 31 to 6:00 a.m. the next day. The SoberRide phone number is 1-800-200-TAXI.

SoberRide operates on high-risk holidays: Halloween, New Year’s Eve, St. Patrick’s Day and Independence Day. Halloween is a particularly dangerous time to drive: 40 percent of all U.S. traffic deaths during Halloween are caused by drunk drivers, according to WRAP.

While the Halloween holiday isn’t until Wednesday, the anti-drunk driving message also applies this weekend, which is prime time for Halloween parties and bar crawls. 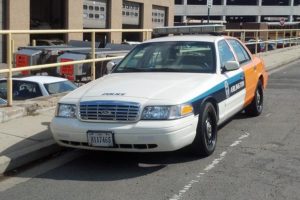 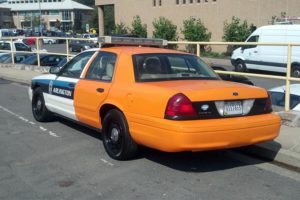