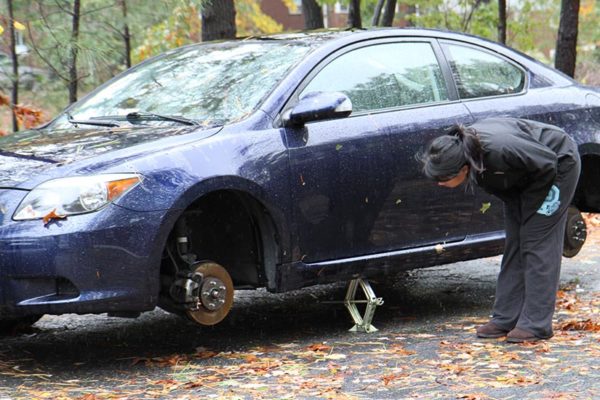 While most hunkered down in their homes to weather Superstorm Sandy last night, the wind and the rain didn’t slow down a thief (or thieves) in Arlington Forest.

A resident on the 4700 block of Arlington Boulevard came out of her house this morning to inspect damage from Sandy, but instead of finding storm damage she found her car up on a jack and two wheels missing. The criminal(s) left two of the Scion coupe’s wheels on, but took those on the driver’s side. The lugnuts were scattered about under the car.

Police were called and investigated the incident, but were doubtful about finding finger prints at the scene given all the rain from Sandy. A mail carrier said he recently saw at least one other such wheel theft in the neighborhood. 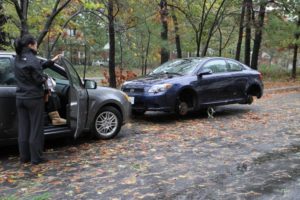 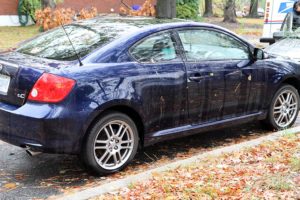