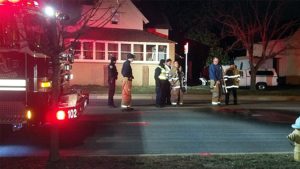 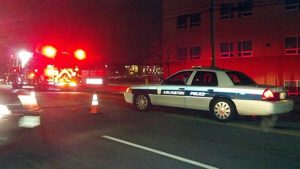 Around 7:00 p.m., a man in his 30s was struck by a car on Carlin Springs Road just south of Route 50, according to Arlington County Police Department spokesman Dustin Sternbeck. The man suffered “severe head trauma” and was transported in critical condition to Inova Fairfax Hospital.

The driver of the striking vehicle remained on scene, Sternbeck said. The driver was eventually transported to a local hospital for minor injuries caused by broken glass.

Firefighters were called to the scene to wash down a pool of blood where the man came to rest on the roadway.