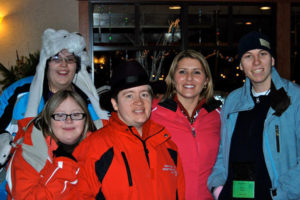 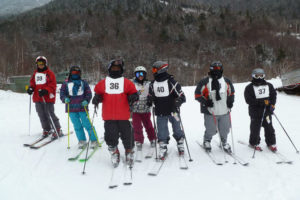 While the D.C. region was gearing up for the Presidential Inauguration this week, Arlington resident Andrea Molfetto kept her focus on a loftier goal — standing atop a mountain in PyeongChang, Korea. That’s where the Special Olympics coach is headed this week with her alpine skiing team for the World Winter Games.

Andrea has assisted with Special Olympics events since she was in college, and has been a ski coach for the organization since moving to Arlington in 2008. This is her first time accompanying a team to the World Winter Games, which takes place every four years.

Andrea, 11 other coaches, and their 43 ski team members leave for Richmond today where they’ll join other Virginia athletes before heading to Los Angeles tomorrow. Once in L.A., they become Team USA along with athletes from around the country, then travel to Korea on Friday. More than 3,000 people from around the world are expected to visit PyeongChang for the games.

Opening ceremonies take place on January 29 and the games run through February 5. The ski team will be competing nearly every day until the games end.

“It’s pretty intense, but it’s going to be a good time,” Molfetto said. “The athletes are looking forward to it. They worked really heard, they put in a lot of time and energy to get to this point in their states and to represent Team USA.”

“It’s easy sometimes because they’re willing and able,” Molfetto said. “But with special needs athletes you do have to deal with outside forces and athletic abilities. Sometimes you have to pick up on signs if an athlete is getting tired. Or if they appear ready to go to the next level, then maybe push them to the next level.”

There will be about three days set aside for sightseeing and meeting the American ambassador before the games begin, but the athletes are mostly focused on getting on the mountain to ski.

“It’s humbling. They are really dedicated. They really want to do a good job,” Molfetto said. “That shows when you’re coaching them and giving them advice. They want to learn, they want to get better. And they teach me things all the time. It’s a a great experience.”

Despite all the time she has spent volunteering with Special Olympics over the years, Molfetto said she’s never experienced anything quite like this.

“I travel a lot for work, I’m a pretty decent international traveler, but never bringing a team somewhere,” said Molfetto. “Never doing something like this, or representing my country in this type of capacity. It’s pretty awesome. I’m honored I’ve been selected to do this.”