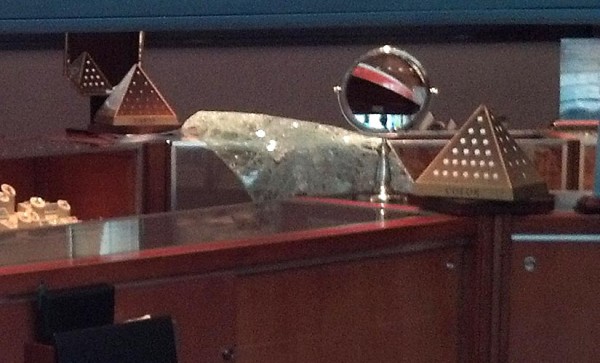 Update at 5:10 p.m. — Police have released surveillance video of the robbery.

A group of men armed with hammers smashed a jewelry store display counter at the Pentagon City mall and fled with handfuls of jewelry.

The robbery took place around 11:00 a.m. at the Zales store in the Fashion Centre at Pentagon City.

Four younger adult men — described as three black males and one white male — entered the store wearing jeans and black hoodies over their face, according to Arlington County police spokesman Dustin Sternbeck. Two of the men smashed the glass counters with hammers and “grabbed as much as they could,” Sternbeck said.

The men then ran to a car in the nearby parking garage, where a getaway driver was waiting. The car — a red Nissan sedan — smashed through a parking gate and drove off, according to Sternbeck. Police have so far been unable to locate the vehicle or the suspects.

All told, the men stole 27 rings, worth approximately $128,000 — just in time for Valentine’s Day. Police are reviewing surveillance footage as part of their investigation. 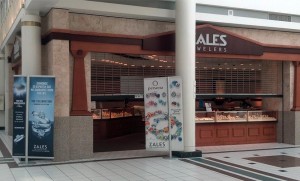 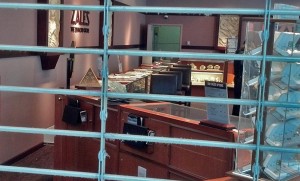