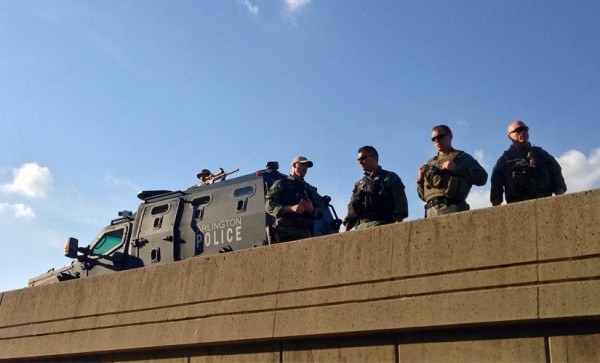 Thousands Apply to Live in New Affordable Building — Since it started accepting applications on Aug. 27, the new 122-unit Arlington Mill Residences affordable apartment complex has received applications from more than 3,600 people. Nonprofit developer Arlington Partnership for Affordable Housing is expected to hold a lottery later this week to determine which of the qualified applicants will get an apartment. [Washington Post]

New Randolph Elementary Track — A dedication ceremony was held on Friday for a new track at Randolph Elementary School. The track was built with $40,436 raised by the Randolph PTA and Randolph Principal Renee Bostick. As part of Friday’s event, the Wakefield High School marching band led students, school staff and parents on a inaugural lap around the track. [Arlington Public Schools]

Lawmakers Laud Progress on Solitary Confinement — Local Democratic state lawmakers Patrick Hope and Adam Ebbin say Virginia has been making progress in reducing the number of prisoners held in solitary confinement. While the state is “off to a good start,” Hope and Ebbin say more work must be done to provide mental health services to prisoners to ensure they don’t wind up back in solitary. [Washington Post]