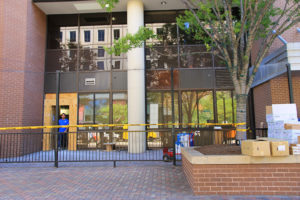 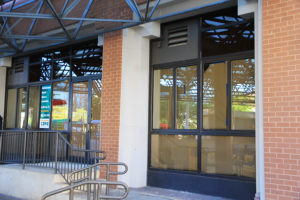 (Updated at 4:30 p.m.) A space that sat vacant for years near the Ballston Metro station is about to get a new tenant.

According to permits filed with the county, Bank of America plans to open a branch in the former Ruby Tuesday space. The new bank will occupy one of the first floor commercial spaces in the building at 901 N. Stuart Street, just feet away from an existing Presidential Bank.

A representative for Bank of America said it is relocating its branch at 3625 N. Fairfax Drive to the new space. Extensive construction has been underway at the new site for several weeks, and it is expected to open sometime in December.