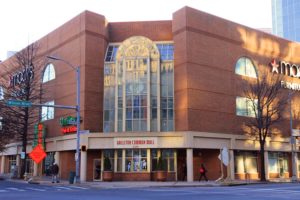 An Indian restaurant will be opening in the food court at Ballston Common Mall as early as the first week of October.

The restaurant will be the second Arlington location of Tandoor, owned by noted Indian chef Jack Katyal. Compared to original location at 237 N. Glebe Road, the food court location will be more “fast food” style, Katyal said, and the dishes will all be $10 and under.

“We will probably have the best food available in any food court at this moment,” Katyal said.

Katyal once owned eight different Tandoor restaurants, but health complications forced him to sell all but his location on Glebe Road in Ashton Heights. Now, feeling better, he said if the Ballston Mall Tandoor location is a success, he anticipates once again expanding to more locations.

Katyal has appeared on Oprah Winfrey’s old talk show and cooked for Chelsea Clinton, claiming to be the one to introduce Americans to Tandoori cooking. A Tandoor is a clay oven that can produce more than 250 different kinds of traditional Indian recipes, Katyal said.

Tandoor passed inspection today and Katyal expects the health inspectors to approve the restaurant early next week, setting up for an opening in the first week of October.