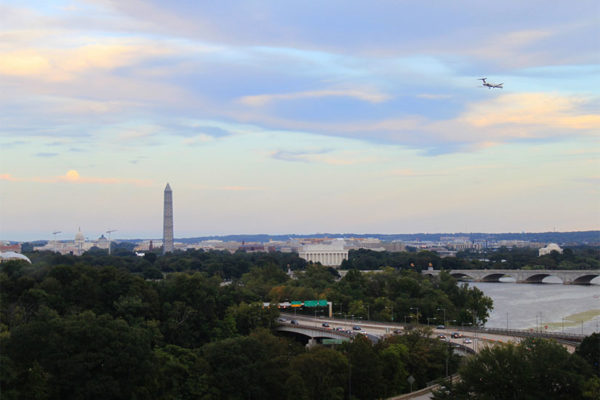 Fisette Weds Long-Time Partner — Arlington County Board member Jay Fisette married long-time partner Bob Rosen last week. After 30 years together, the couple tied the knot in a low-key ceremony at All Souls Unitarian Church in the District. Fisette and Rosen’s union will not be recognized in Virginia, but Fisette said he thinks that same-sex marriage will be legalized in the Commonwealth within five years. [Sun Gazette]

Smash-and-Grab Lookout Sentenced — The man who served as a lookout in a series of smash-and-grab robberies in the D.C. area, including this robbery at the Tourneau store in Pentagon City, has been sentenced. Floyd Davis, 43, was sentenced to 7 years in prison for his role in the crimes. [Washington Post]

Reevesland Group Refines Proposal — A group that wants to convert the historic Reeves farmhouse into an agricultural learning center for school children has submitted a proposal to Arlington County. The group says its volunteers will lower the cost of necessary renovations to the building by 30 percent. It has offered to operate the center and make it available to Arlington Public Schools. In exchange, the group wants the county to pay for renovations (about $700,000), ongoing maintenance costs and utilities. [Sun Gazette]