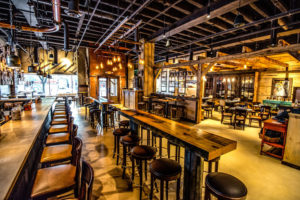 Update at 9:20 a.m. — Despite assurances from a spokeswoman that it would be open on Thursday, it appears that Copperwood Tavern has not, in fact, opened yet.