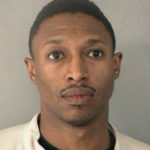 An Arlington man has been accused of sexually assaulting his roommate.

The alleged incident happened just before midnight on Monday, on the 4500 block of Four Mile Run Drive.

Police say a 24-year-old woman woke up to find her roommate, 31-year-old Allister Kennedy, over her. She tried to fight him off but he still managed to sexually assault her, according to ACPD spokesman Dustin Sternbeck.

SEXUAL ASSAULT, 10/07/13, 4500 block of S. Four Mile Run Drive. At 11:50 pm on October 7, a female victim was sexually assaulted by a roommate. The subject entered the victim’s bedroom while she slept, pinned her down and sexually assaulted her. Allister Kennedy, 31, of Arlington, VA, was arrested and charged with animate object penetration. He is being held without bond.

The rest of the crime report, after the jump. All suspects are considered innocent until proven guilty in a court of law.

SHOOTING, 10/04/13, 2400 block of S. Oxford Street. At 9:15 pm on October 4, a 32 year-old male victim sustained a single gunshot wound to his abdomen outside of his residence. He was transported to Fairfax Hospital with non life threatening injuries. The two suspects were described as black males in their 20’s. They fled the scene in an unknown make and model vehicle that was driven by a third subject. The investigation is ongoing.

ROBBERY, 10/04/13, 200 block of N. Glebe Road. At 11:11 pm on October 3, a subject assaulted and robbed a victim of his cell phone and wallet outside of the CVS pharmacy. Police witnessed the subject fleeing the scene and were able to apprehend him. George Lopez, 34, of Annandale, VA was arrested and charged with robbery.

ASSAULT BY MOB (MALICIOUS), 10/05/13, 1700 block of N. Uhle Street. At 4:28 am on October 5, a 24 year-old male victim was maliciously assaulted by a group of suspects. The victim was transported to Virginia Hospital Center with minor injuries. Jesse Joaquin, 19, of Arlington, VA; Christian Herrera, 20, of Arlington, VA; Mark Anthony Gentles, 19, or Gaithersburg, MD; Kevin Alvarez, 20, of Silver Spring, MD; and Daniel De Jesus Carcamo, 19, of Arlington, VA were each charged with malicious assault by mob and underage consumption of alcohol. They were held without bond.

BURGLARY, 10/04/13, 1700 block of N. Glebe Road. Between 10:20 pm on October 3 and 5:40 am on October 4, an unknown suspect(s) broke into Glebe Elementary School by smashing the glass at the front entrance of the school and stole a Macbook Pro. There is no suspect(s) description.

BURGLARY, 10/06/13, 6100 block of N. Wilson Boulevard. Between 2:25 am and 2:30 am on October 6, a victim was awoken during the night to find an intruder in her kitchen. He fled the scene immediately. The suspect is described as a white or Hispanic male in his 20’s, with brown eyes and short black hair. He was wearing khaki pants, a green shirt and a black and pink hat at the time of the incident. Further investigation is still being conducted.