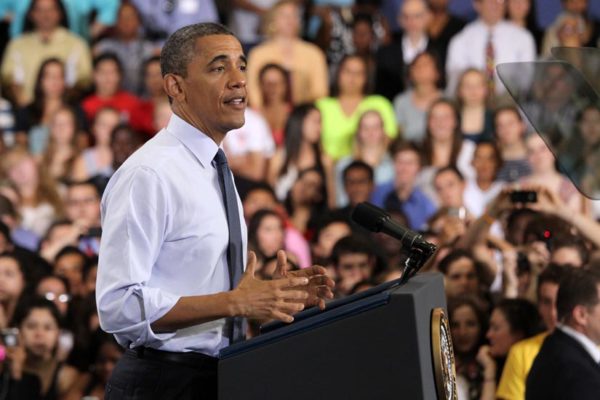 The rally will start early Sunday afternoon. Tickets to the event are being distributed to the public on a first-come, first-served basis starting today (Wednesday) at noon at the following locations:

This is not the first time President Obama has held an event at Washington-Lee. Last May, the president spoke to a more than a thousand Washington-Lee students in the school’s gymnasium while pushing Congress to act on extending federally-subsidized student loans.

McAuliffe, a Democrat, is facing Republican Attorney General Ken Cuccinelli and Libertarian Robert Sarvis in the race for the governor’s mansion. Election day is this coming Tuesday, Nov. 5.