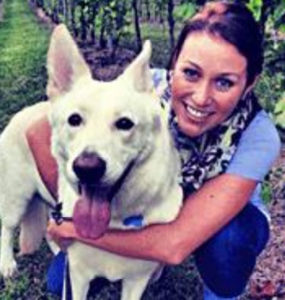 The owner of a cancer-stricken dog in Arlington got thousands of dollars in help this month to pay for the pup’s medical bills.

Kristin Schmeski and her 3-year-old white German Shepherd, Buddy, reached out to The Magic Bullet Fund, a charity that provides funding for canine cancer treatments to owners who cannot pay for it themselves.

According to Schmeski’s Give Forward page, she is a student and works a full-time job, and Buddy’s medical bills — for radiation and the surgery he’s already undergone — are almost $10,000.

Schmeski has already raised $2,065 on her Give Forward page, but after Magic Bullet Fund’s donation, it’s likely the bills will be covered.

Buddy had a tumor on his right hind leg, which after a biopsy and surgery was found to be Spindle Cell Sarcoma, according to Schmelski. With the radiation treatments, Buddy’s doctors estimate that the odds are greater than 75 percent that Buddy will be disease-free in three to five years.