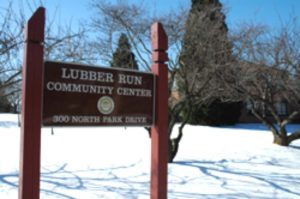 An interfaith community group says it has gathered more than 10,000 signatures for a petition that calls on Arlington County to help develop 1,000 to 1,500 new units of affordable housing over the next 3-5 years.

Virginians Organized for Interfaith Community Engagement (VOICE) collected the signatures and plans to present them to Arlington County Board Chairman Walter Tejada next Thursday. VOICE says the affordable housing can be built by redeveloping government-owned sites, including the Lubber Run Community Center in Arlington Forest.

VOICE’s proposal identifies government-owned sites that could be redeveloped including Lubber Run Community Center. The group wants the units to be available only to families and individuals making less than $50,000 a year.

According to a press release, VOICE plans to bring more than 100 people — including clergy in religious attire — in front of the Arlington County government building (2100 Clarendon Blvd) Thursday, Dec. 12, at 5:45 p.m., in support of the plan.

The VOICE group is seeking immediate action from the County Board to start implementing some of its proposals at its Dec. 14 meeting.