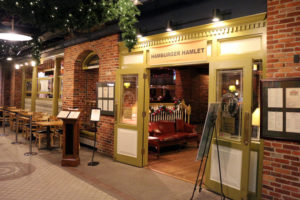 Hamburger Hamlet in Crystal City could close by the end of the year after its parent company filed for bankruptcy in April.

Du-par’s, a California-based diner chain, is attempting to acquire the lease and keep the restaurant, at 1750 Crystal City Shops, open. If successful, the restaurant would be renamed Du-par’s and the staff would be retained. But Du-par’s owner W.W. “Biff” Naylor says that the odds are “80-20 against that happening.”

“I’d hate to see all those people lose their jobs at Christmas time. That would just be brutal,” Naylor said. “We’ve got plenty of time to do it, but the landlord has got to say yes. So far they’ve said no.”

The building is owned by Vornado. Naylor, who lives in California, says he’s coming to the area tomorrow to try to negotiate acquiring the leases for the Crystal City restaurant and Hamburger Hamlet’s location in Bethesda, which he already operates.

If Vornado approves the lease acquisition, Naylor hopes to convert Hamburger Hamlet into a 24-hour restaurant with only minor changes to the menu. If not, the business could close within a couple of weeks and the furniture and equipment sold by the bankruptcy court at auction.

Naylor expects to hear a final decision by Friday.