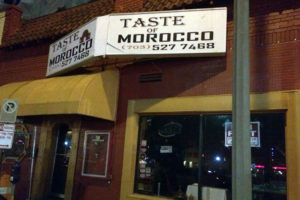 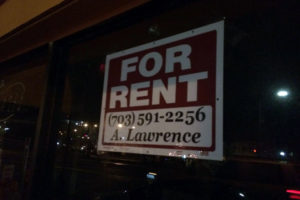 Taste of Morocco in Clarendon has closed its doors for good.

It’s unclear when exactly the Moroccan restaurant at 3211 Washington Blvd had its last day, but it was still receiving Yelp reviews as recently as Nov. 24. A for-rent sign is posted inside the window.

One of a small handful of Moroccan restaurants in Arlington, the restaurant was located in what looked to be a construction zone — positioned underneath the construction of the Beacon at Clarendon West apartments, formerly called the Waverly at Clarendon Station. That project is expected to be complete by mid-2014.

Taste of Morocco’s former next-door neighbor, the Indian restaurant Madhu Ban, has been closed for a few years. Its other neighbor, O’Sullivan’s, remains open and completed an expansion earlier this year.