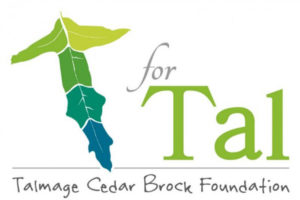 (Updated at 4:55 p.m.) Bret and Deanne Brock lost their 3-year-old son, Talmage, this May when he drowned in a creek in Shenandoah County. To honor his memory, they have founded the T-for-Tal Foundation to raise money for positive children’s causes and “family safety awareness.”

Bret Brock said he and his wife decided to start the foundation as a way to cope with their loss.

“It helps us with the grieving,” he said. “It’s very raw and fragile still, so we’re still grieving. That’s the obvious reason. Beyond that, we recognize all the support and love around us and so many people wanted to help in ways they didn’t know how. We think the foundation will capture that energy.”

The Brocks, who are real estate agents in Arlington, are raising money on Go Fund Me, and as of this afternoon had raised $13,410 of a set goal of $20,000 in 13 days. Brock said the foundation is working toward 501(c)(3) status, which will make the donations tax deductible. The Brocks are still determining which charities to target and which causes to help, but working to prevent more deaths like Talmage’s is at the top of the list. 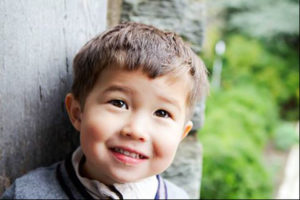 “The setting where he drowned was an active family gathering with eight adults and 11 children,” Brock said. “Talmage was the youngest of the children, which ranged in ages up to 13 years old. In that setting as a parent I made the mistake of not watching him close enough, perhaps with a subconscious thought that there was a ‘group watch’ type of supervision taking place in the minutes between the times I checked on him.”

Talmage is a family name, and he was given the name Cedar after the creek he ultimately died in, Brock said. He strayed from the group to fill up his squirt gun, when he slipped fell into the creek. He was found 200 yards downstream from the house at which the family gathered.

“As parents we can’t assume that there is safety in numbers,” Brock said, “when sometimes it’s the opposite. As a parent you can think you are doing a good job, and accidents can still happen.”

In addition to supporting family safety causes, Brock said he also plans on using the foundation to prolong the memory of his son, organizing events for his birthday and other events.

“It was also created for his brother and sister so they would know that he was very loved and important,” Brock said. “They were just six and eight when he died. We wanted the foundation to be positive and happy and a good remembrance of their brother, who they loved. It’s so they know it’s a good thing to remember and talk about him.”

More Stories
Your Beermonger: Beers of the YearWidespread Power Outage in Arlington