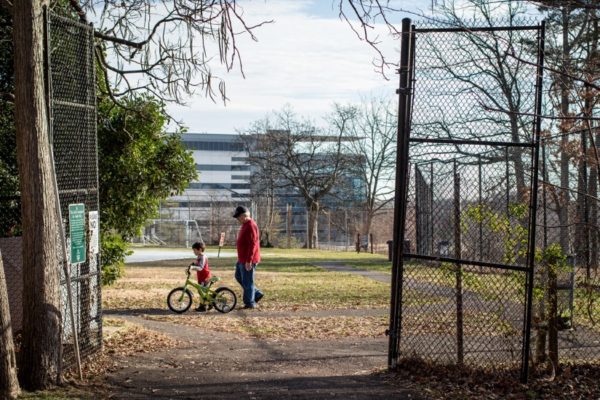 Va. Bill Would Stiffen Chicken Protections — A bill currently proposed in the Virginia General Assembly would remove a cap on the penalty for dog owners whose pets kill chickens and other fowl. If passed, the legislation could give new ammunition for opponents of urban hen raising in Arlington. Virginia law already allows for dogs found to be attacking chickens to be shot on sight. [Sun Gazette]

Party Tonight to Include ‘Drunk Santa’ — Fresh off a grueling evening of world-wide present delivering, Santa Claus is apparently ready to party. Wilson Tavern (2403 Wilson Blvd) in Courthouse is hosting a “Misfits Christmas Party” tonight. According to a poster for the event, it includes the opportunity to “get you picture taken with drunk Santa.” [Clarendon Nights]

Vihstadt Has a ‘Very Real Chance’ — Local political prognosticator Ben Tribbett, who runs the Not Larry Sabato blog, says independent Arlington County Board candidate John Vihstadt has a “very real chance” of ending Democrats’ total sweep of Arlington elected offices. “Arlington Democrats always have massive underperformance issues in special elections,” Tribbett writes. “There is a very real chance that in March, Arlington’s time as being controlled by all Democratic elected officials will come to an end.” Tribbett also notes that Vihstadt, despite running as an independent and attracting some Democratic endorsements, is “a large GOP donor.” [Not Larry Sabato]

Read more →
More Stories
Wright Way: I Know What To Do So Why Can’t I Do It?Christmas Tree Collection to Start Jan. 6