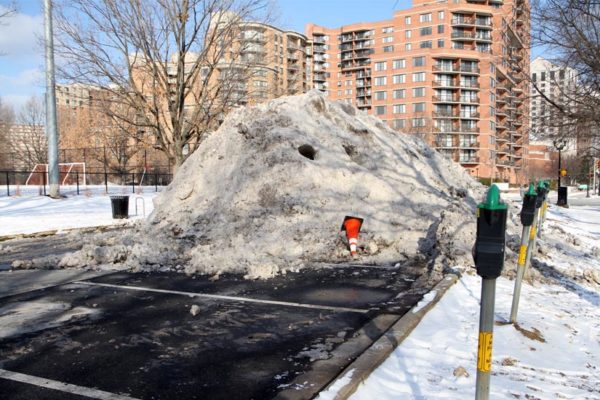 Williamsburg Zumba Studio Featured on ‘GMA’ — FITLoose Health and Fitness in the Williamsburg neighborhood was featured on ABC’s Good Morning America. The segment highlighted the studio’s Zumbini classes — a variation of Zumba for children 0-3 years old and their parents. [Yahoo! News]

Hybrid Tax Repeal Passes — Legislation to repeal Virginia’s $64 annual tax on hybrid vehicles has passed both houses of the General Assembly. Gov. Terry McAuliffe (D) says he will sign the bill, which was introduced in the state Senate by Sen. Adam Ebbin (D). [Virginian-Pilot]

Herring Announces Run for Moran’s Seat — Virginia Democratic Party Chair Charneile Herring is stepping down to run for the Congressional seat of the retiring Rep. Jim Moran (D). Herring, who has represented Alexandria in the House of Delegates, is considered a party  “rising star,” and was Virginia’s first African-American Democratic party chair. [NBC Washington]

Arlington’s Shopping Scene Profiled — “Shopping in Arlington is always a bit of an adventure,” writes the Washington Post’s Jura Koncius. “As you dodge auto body shops, towering corporate headquarters, tanning parlors and trendy eateries, you’ll discover stores that stock just about everything you need for your home. But you might find yourself lost in the process. Hop over a bridge from the city and you’ll roll through slick shopping centers punctuated by shops nestled in funky farmhouses that represent the disappearing Arlington of old.” [Washington Post]

Eads Street Was a Former Canal — Crystal City residents might not realize it, but most of S. Eads Street, a main thoroughfare, used to be a canal. The street was built above the old Alexandria Canal, which connected Alexandria to Georgetown by way of an aqueduct bridge.