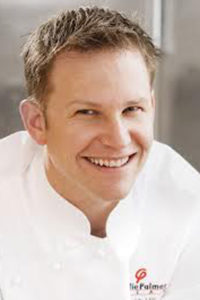 Along with whatever changes Hill brings to the three Clarendon eateries, Liberty Tavern has been planning an American Heritage menu, according to Eater DC. The menu would feature different culinary traditions with American roots, like Polish, Irish and Greek foods popularized in immigrant communities around the country.

Liberty Tavern sous-chef Miljohn Dimaano has been promoted to Chef de Cuisine to serve under Hill. Owners Mark and Stephen Fedorchak announced that the change in the kitchen at all three restaurants is effective immediately.

“[Hill] looks forward to blending his culinary talent experience, and passion in leading these three restaurants to ongoing success,” Mark Fedorchak wrote in a press release.