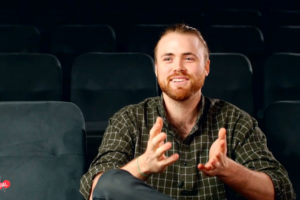 Hodierne’s feature film, Fishing Without Nets, is the full-length version of his 2011 short film of the same name, which won Sundance’s Jury Prize in Short Filmmaking at the 2012 festival.

Fishing Without Nets tells the story of a young Somali father who is forced to become a pirate to support his family. The film was shot in Kenya, mostly on the Indian Ocean, and features nonactors playing the role of the pirates. Hodierne, in an interview he gave for Sundance’s website, called the film “action arthouse.”

“I wanted to make a movie that was as realistic as possible, but to also maintain kind of a grand and cinematic quality,” he said. “You could see how tempting it could be to kind of be steered toward this life. It’s obviously a huge risk and a dangerous world to get into, but when your options are so limited it becomes a more hopeful possibility.”

Hodierne graduated from H-B Woodlawn and attended film school at Emerson College in Boston before dropping out after one year, according to his mother, Alicia Shepard. Hodierne said he dropped out because “I’ve already learned all this stuff” — thanks to David Burkman, his teacher at H-B Woodlawn. Burkman is credited as a writer on Fishing With Nets. Also helping out on the film was Raphael Swann, another H-B Woodlawn grad, who was credited as a co-producer. 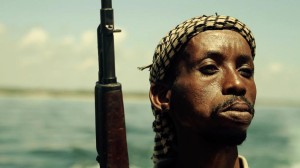 “[Cutter has] known what he wanted to do since he was 16, maybe even earlier, and he’s done it,” Shepard told ARLnow.com this week. “It was clear he had a talent for this in high school… He has a lucky blend of being an artist and entrepreneur. It’s not enough to just be an artist. He’s a bit of hustler, in a good sense.”

Shepard said she was intimately involved with the short film two years ago, but for the feature film, Hodierne insisted she wait until the premiere to see the final product.

“I was blown away by how ambitious the film is, how beautifully shot it is,” she said. “I have no real credibility as his mother, it was just mind-blowing to see what your child can produce. You know your kid is fairly talented, but wow. And to get the validation as best director. It was emotionally overwhelming for me, I can only imagine it was for him.”