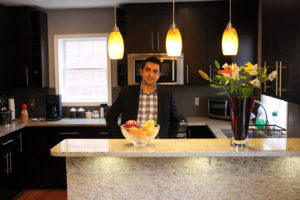 Asif Virani was a construction manager for 14 years, so when he wanted to remodel the kitchen of his Arlington Ridge home four years ago, he figured it would be easy.

After all, he was in construction, used to building office buildings and retail spaces. It’s not as if he wanted an industrial oven, or anything else too fancy, and the kitchen seemed like a simple project. Months later, he was confused, frustrated and looking for an easier solution.

“It was a challenge even for me,” he said. “So I thought, ‘what does someone who doesn’t have experience do?'”

That’s why Virani launched Renovisor, an online service that connects homeowners with consultants to get advice for every step of the renovating, remodeling and redecorating process. Virani said he did research on the market for similar products and came up empty handed.

“There wasn’t anything that could hold your hand and guide you through the process,” he said. “You could hire a construction consultant, but for someone doing a kitchen remodel, it just doesn’t make sense. We’ve got to give access for small to medium projects without breaking the bank.” 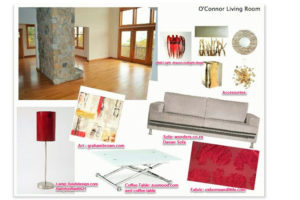 The Renovisor platform helps homeowners in two steps: first, it allows homeowners to upload pictures and videos of their current home and ask for advice on interior decorators and remodelers on which paths to take. Second, when homeowners accept bids from contractors, Renovisor connects them with consultants who can explain in plain English what each bid entails, and why the price estimates are so high or low.

Virani said one thing Renovisor doesn’t do is find contractors for homeowners. Since it’s a young site, he decided it would focus on those two areas first. Eventually, he hopes Renovisor can be a big part of every step of a home remodel or renovation.

“We want to expand our platform,” he said. “We want the customers to have turnkey solutions. We would be the online construction manager for the home from soup to nuts. We want to take away as many pain points as possible for the homeowner.”

Customers pay for the consultations, the costs of which Virani said are well below market rate. The consultants are typically retirees in the home construction, renovation or decorating fields, or stay-at-home parents looking for some extra work without a huge time commitment. Most of the fees go to the consultants, while Renovisor takes a small cut.

Virani started the company, which is still bootstrapped, as a part time job until he left to go full-time a year ago this week. He brought in outside designers and developers to help make his vision a reality. In the year since he left Renovisor full-time, he’s brought in another employee, has a two-man team of tech consultants and is readying to take on his first intern. 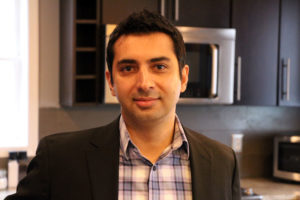 In the coming months, Virani will start to seek out his first round of venture capital. Virani declined to say how much money he’s hoping to raise, but he said it will largely be devoted to marketing the service and helping to expand into new markets. Renovisor is exclusively a service for residents of the D.C. Metro region.

“Our market here is prime for our type of service because it has such a huge old housing stock,” Virani said, pointing out that his house was built in 1952, around when a fair amount of the 2 million houses in the area were built. “Also, with so many residents aging in place, it opens this opportunity to retrofit their homes to make it more comfortable.”

Marketing has been Virani’s biggest challenge, as is the case with most startups. Many of the first users he met at networking events, and the word has spread organically.

“It’s amazing how many people are thinking about renovating their house, or are in the process of renovating, or aren’t doing it because they’re afraid of what it means,” he said. “What we do is advocate for the homeowner to make sure they’re getting a good service.”

Despite the company’s growth and Virani’s clear path for the future, Renovisor is still a startup and Virani has all the anxiety of a young startup founder.

“There are lots of highs and lows, and the lows seem more often than the highs,” he said. “You never stop being scared. The fear doesn’t go away. You gain confidence in realizing you’re not a crazy person with an idea that won’t work. I think we’re getting to the point where we’re feeling like there’s merit to this idea.”