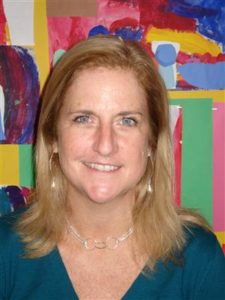 Smith, a 53-year-old Arlington resident, was arrested on the 1100 block of S. Rolfe Street, in the Arlington View neighborhood, around 3:30 a.m. on Friday, March 7. Smith was observed by an officer stopping at a green light, weaving in and out of lanes and almost striking a parked car, according to Arlington County Police spokesman Dustin Sternbeck.

The officer pulled Smith over and she subsequently failed a field sobriety test, Sternbeck said. Smith was arrested and taken to the Arlington County Detention Center. Four days after the arrest, Drew Elementary parents were notified that Smith was “retiring.”

“I have been grateful for my 21 years in Arlington as a teacher, assistant principal, and principal,” Smith said in the letter. “The support I have received through the years from Dr. Murphy, APS administrators, the School Board, and the many dedicated teachers and educational leaders throughout the county has been greatly appreciated. I want to express my best wishes to the Drew Model School staff, students, and community, and I hope for their continued success as they work to provide excellent learning opportunities for our children.”

Asked by ARLnow.com if Smith had been fired, APS spokeswoman Linda Erdos said “that statement is not accurate.” Theresa Bratt, who retired from APS last year, is now serving as interim principal at the school.

Smith’s next court appearance is scheduled for May 19. Court documents indicate that, if convicted, this would be her first DUI.