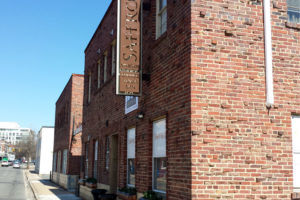 (Updated at 4:05 p.m.)A new barre studio is opening in Clarendon, replacing one barre studio and just a few blocks from a third.

Barre Tech is open in a studio at 3260 Wilson Blvd, the home of Saffron Dance‘s belly dancing school. It’s the second location for Barre Tech after less than a year of being open in the Del Ray neighborhood of Alexandria. Barre is a fitness class that combines elements of ballet, pilates and yoga.

Saffron Dance used to be the home of Lava Barre, which has expanded and moved to 1510 Clarendon Blvd. At the corner of N. Garfield Street and 11th Street, a location of the national barre chain, Pure Barre, is set to open.

Saffron Dance’s owner, who goes simply by Saphira, said Lava Barre was more interested in being “just a gym” than they were in being part of a community. Saphira said her beliefs and Barre Tech owner align better.

Barre Tech is holding a grand opening celebration this Sunday at 6:00 p.m. with free classes and refreshments.