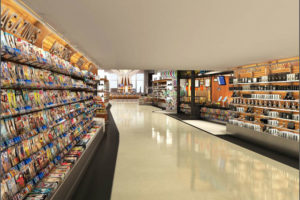 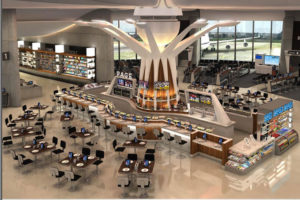 (Updated at 6:00 p.m.) The list of new restaurants and retailers coming to Reagan National Airport continues to grow.

Taylor Gourmet, &pizza, a politically themed restaurant named Grille District and a new Starbucks location are expected to open in Terminal B and C by the end of the year, the Metropolitan Washington Airports Authority announced this week. That’s in additional to the under-construction Ben’s Chili Bowl, Legal Seafoods, American Tap Room, Vineyard Vines, Pinkberry and Lacoste, which are expected to open within the next few months.

Along with the retail additions, Terminal A, which has been in the process of renovating, will complete its redesign by the spring of 2015, according to MWAA. The terminal will have a full-service spa, expanded security checkpoints, publicly accessible iPads and charging stations as well as yet-to-be-announced new retail and restaurant options.

The combined efforts go along with MWAA’s goal to either convert or reconstruct 95 percent of all restaurant and retail options at DCA and Dulles Airports.