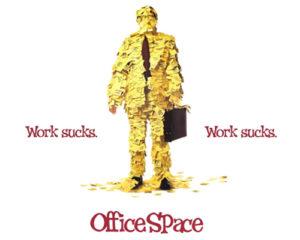 The Rosslyn Outdoor Film Festival, the Rosslyn Business Improvement District’s weekly summer film series at Gateway Park, will have a work theme for 2014.

Starting with “Office Space” on May 30, every Friday night will have a movie set in an office of some kind.

The Rosslyn BID said the movies are meant to portray office life as “honest, funny, goofy, and just plain entertaining.”

The full lineup is as follows:

Gateway Park is at 1300 Lee Highway, between N. Nash and Lynn Streets. The movies start at 8:00 p.m., but moviegoers who show up early can participate in games and giveaways.