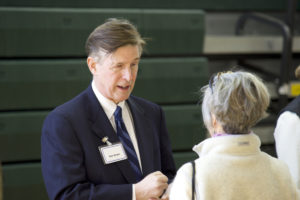 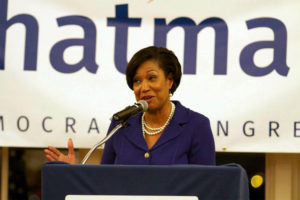 Don Beyer and Lavern Chatman are the early leaders in fundraising in the June 10 Democratic primary to replace retiring Rep. Jim Moran (D).

Beyer, the former Virginia lieutenant governor, has a sizable lead over the rest of the field. Beyer has raised $668,497 in contributions so far, spending $218,617 and holding onto $449,636 cash on hand, according to Federal Election Commission filing records. Separately, Beyer said he plans to follow fellow Democratic candidate Del. Patrick Hope’s lead in releasing his most recent tax return, on May 15.

The Arlington-based candidates are led by Sen. Adam Ebbin, whose district includes parts of Arlington and Alexandria, with $178,591 in donations and $62,943 in expenditures. He has $114,878 on hand.

“The funds we have raised will enable us to wage the kind of grassroots, neighbor-to-neighbor campaign that has won Adam multi-candidate Democratic primaries before,” said Michael Beckendorf, Ebbin’s campaign manager, in a statement.

Among the other five candidates — Charniele Herring, Mark Levine, Derek Hyra, Bruce Shuttleworth and Satish Korpe — only Levine and Shuttleworth have more than $100,000 cash on hand, thanks to loans of $250,000 and $275,000 respectively.

“This is a people powered campaign,” Levine, a liberal talk radio host, said in a press release. “People from across the district and across the country are excited about my candidacy. Voters want an aggressive progressive voice that will stand up for progressive principles in the House.”

Korpe, the last Democrat to enter the race, has not filed any campaign finance reports with the FEC.

More Stories
Police, Firefighters Honored For Saving LivesThe Right Note: This Lesson Had to be Learned?