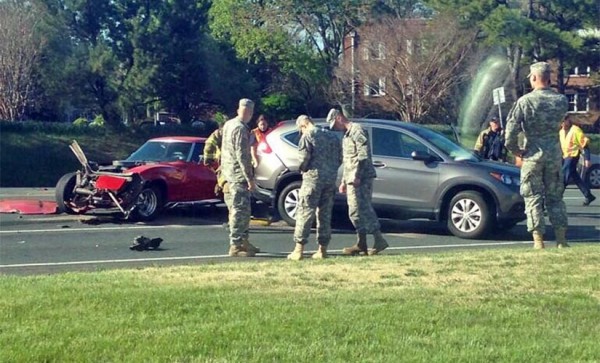 Update at 9:45 a.m. — Arlington County reports that all lanes have reopened.

All westbound lanes and two eastbound lanes of Arlington Boulevard (Route 50) are shut down due to an accident, according to Arlington County’s Office of Emergency Management.

The accident happened near the intersection with Henderson Road. A vintage Corvette and two other vehicles were reportedly involved in the accident, according to Twitter users.