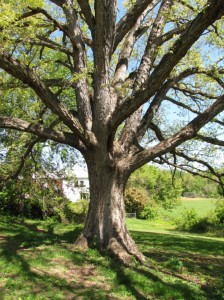 Arlington County added 18 trees to its list of “notable trees” this week, bringing its countywide total to 283 notable trees.

Thirteen of the trees are in North Arlington and five are in South Arlington. Most of them are on private property and owned by the residents, who are granted either a certificate or a plaque. The trees, according to the county’s Department of Parks and Recreation, “may be nominated for their size, age, species, historical interest or because they have a special significance to the neighborhood.”

“It is an honor to be a part of a culture that values and recognizes its tree canopy,” Arlington County Board Chair Jay Fisette said in a press release. “All of the nominees and winners should take great pride in their efforts and dedication to a flourishing environment.”

Below are the list of trees, and their locations, that are now known as Arlington notable trees. Photos of each winner can be found at DPR’s website:

Photo via Arlington Dept. of Parks and Recreation