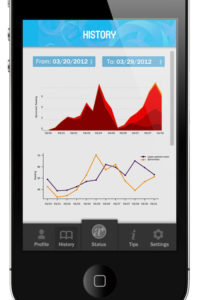 Matthew Fischer has had asthma all his life, but it wasn’t until helping a friend who was diagnosed with the respiratory disease in her 50s that the career entrepreneur had the idea to help asthmatics everywhere.

Fischer was helping his friend — and future co-founder — Barbara inspect her home for environmental triggers of asthma attacks. He was in the middle of a master’s program at Virginia Commonwealth University in brand strategy, but realized he could take his first-hand knowledge and passion for helping asthma and turn it into a business.

Thus, Control A+ was born. The company takes three devices — an indoor environmental monitor, a breathalyzer/inhaler device he calls the “flute,” and a smartphone or tablet to view the other device’s data — and creates a system that lets parents and doctors monitor their asthmatic child/patient’s symptoms and risk factors to make their daily lives both safer and happier.

“There are so many triggers for asthma attacks, and parents always say ‘no’ to asthmatics,” Fischer told ARLnow.com over a plate of mango sticky rice at Urban Thai near Crystal City. “A lot of asthmatics feel helpless. We’re mainly focused on empowering individuals to control their asthma and connecting it with the things they do in their everyday life.”

The data each device compiles can tell parents whether the child is safe to go outside and play, or whether to avoid physical activity. It analyzes risk factors for asthma attacks, and functions as “respiratory therapy,” encouraging young asthmatics to build up lung function at safer times. Fischer said he had never run a mile before he was 25 years old for fear of an attack. 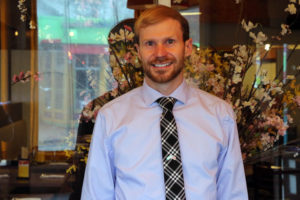 Once he started running, he learned how he could safely push himself until he got to the point where he was competing in triathlons.

“Going across that finish line was one of the greatest moments of my life,” he said. “Imagine if kids 10 years old can experience something like that.”

Fischer had his idea over winter break in 2012, and immediately brought his idea for the devices to patent attorneys, a decision he learned from starting multiple companies before, from a fence and deck restoration company in Utah to a data visualization company called Data Illustrate. Fischer also consults for startups in the area.

After spending months refining the product and patenting it, Control A+ announced itself last October, and entered itself in the Verizon Powerful Ideas contest, where it finished in the Top 10 in the healthcare category.

Since the contest, Control A+ has used Verizon as both a mentor — it’s a member of Verizon’s Innovation Program — and as a tool, integrating its network into Control A+’s products. If Fischer’s company had finished in the Top 5 in its category, it would be fully funded.

That distinction is what puts Fischer’s company at a crossroads. He’s worked with designers and developers from cities all over the country, but Control A+ is in a holding pattern until it can raise some money, which Fischer said he’s pursuing now. 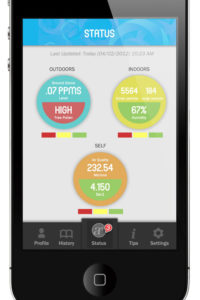 “We’re searching for funding or we’re looking to join an incubator or accelerator to accomplish our goals quicker,” he said. “Without money you can get a lot of parts in place, but the second we do get funding it’s going to be warp speed ahead.”

Once Fischer secures the funding he needs — he’s hoping for $1.5 million — he plans to build the prototype and roll out the device to homes by the end of the summer or early fall. His goal is to have “1,000 units in the hands of asthmatics in an area.”

“Once the product is on the market, we’ll be able to understand the data trends,” he said. “The skeptical medical community needs to see the data, which is the backbone of the company.”

Fischer refined the idea for the products and the company by interviewing doctors, parents and patients, asking them what they liked and what they thought Control A+ could benefit from. That’s why the “flute” is designed like a toy and incorporates games, to keep children engaged while parents and doctors are monitoring their lung functions.

“There’s a lot of excitement among parents of kids with asthma,” he said of his conversations. “Each day we don’t do this, people are having asthma attacks and people are dying.”