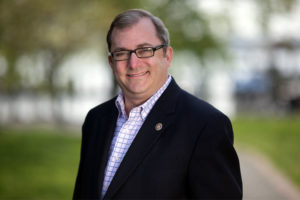 “How do I choose between so many candidates? What makes you different from the rest of the candidates?” These are the most common questions I hear on the campaign trail. Frankly, they are the right questions to ask. In a race where our platforms are similar, how can you differentiate?

I am proud to have devoted the last 10+ years passing progressive legislation in Richmond and serving my constituents right here in Arlington as well as neighboring communities.

There are many things that set me apart from the field.

I am also the only candidate in this race who calls himself a LIBERAL without apology.

I am not the flashiest candidate in this race, nor am I the loudest. And throughout this campaign, I am certainly not the candidate that has made the loftiest promises. But my record speaks for itself — I know how to get things done.  That is why I have been endorsed by more elected officials than any other candidate, by two major unions, the International Brotherhood of Electrical Workers (IBEW) and Laborers International Union of North America (LiUNA), by the Gay Lesbian Victory Fund and Congressman Keith Ellison, the Co-Chair of the Congressional Progressive Caucus.

I have always stood up for Arlington’s needs and values in the General Assembly and will do so in the U.S. Congress. If you support me on June 10th, I will work for you in Congress and there is no telling what we can accomplish together.

Please visit www.AdamEbbin.com for more information, or email me at [email protected]