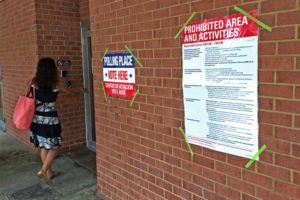 (Updated at 8:00 p.m.) State officials are wasting no time in scheduling a special election to replace the retiring Del. Bob Brink (D-48).

Virginia House of Delegates Speaker William Howell, a Republican, signed a writ today ordering a special election be held on Tuesday, Aug. 19. The filing deadline for candidates is the end of the day on Monday, July 7.

Local Democrats scrambled to schedule a primary election to meet the filing deadline. Democrats will hold a “special firehouse primary” at Yorktown High School (5200 Yorktown Blvd) from 11:00 a.m. to 7:00 p.m. on Sunday, July 6.

According to the Democratic blog Blue Virginia, other potential candidates include Andrew Schneider, Peter Fallon, Atima Amara and Steve Baker.